Designing the brand, landing page, and application for a blockchain startup accelerator 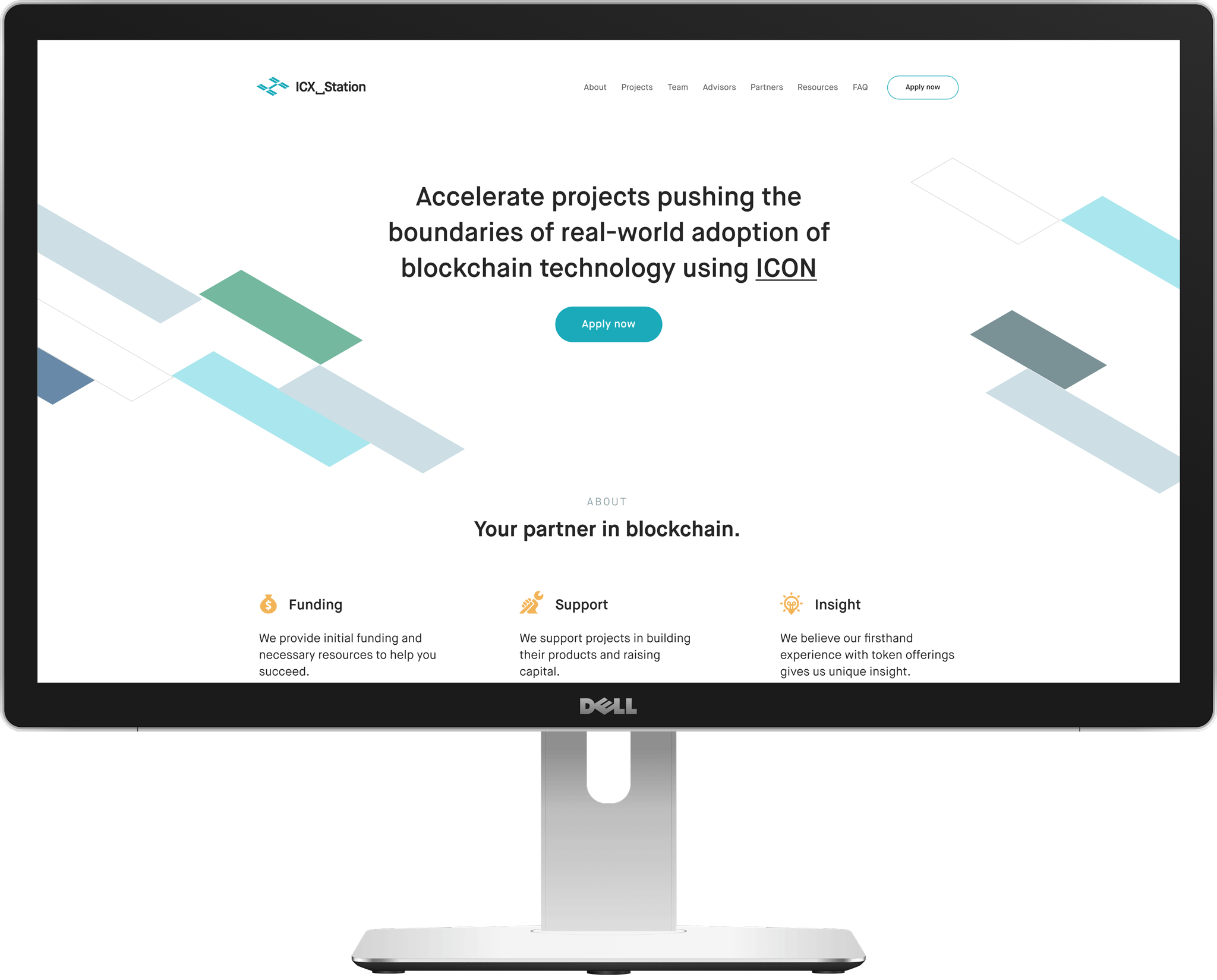 ICX Station is an accelerator for startups built on ICON, a blockchain network that enables transactions between different blockchain governances without intermediaries. I was brought on to design and build (on Webflow) the logo, website, and application for ICX Station, although copywriting and final design choices were made by the client.

The name ICX Station riffs off a space-themed metaphor. Their original name was "ICX Space Station" but they thought that was too long, so they shortened it to "ICX Station" and left the space in between the two words to represent the word "space"—a little inside joke for the team.

The metaphor is that the ICX Station program is a space station like the ISS, and its startups take flight from ICON's "Launchpad" offices around the world. I explored that concept and presented these five concepts to the team.

The team liked the middle concept as it looked the most like a space station. So I got to work to refine and finesse the design. The result is a self-referencing design constructed on a square, 8px-base grid which was then projected onto an orthographic plane.

The wordmark was designed, per the client's request, to call attention to that inside joke of the space between the two words being read as "space". I would have liked to see the ICX dropped from the name or relegated to a lower position in the typological hierarchy, but I still think this implementation works because the open box symbol is ownable to the brand. 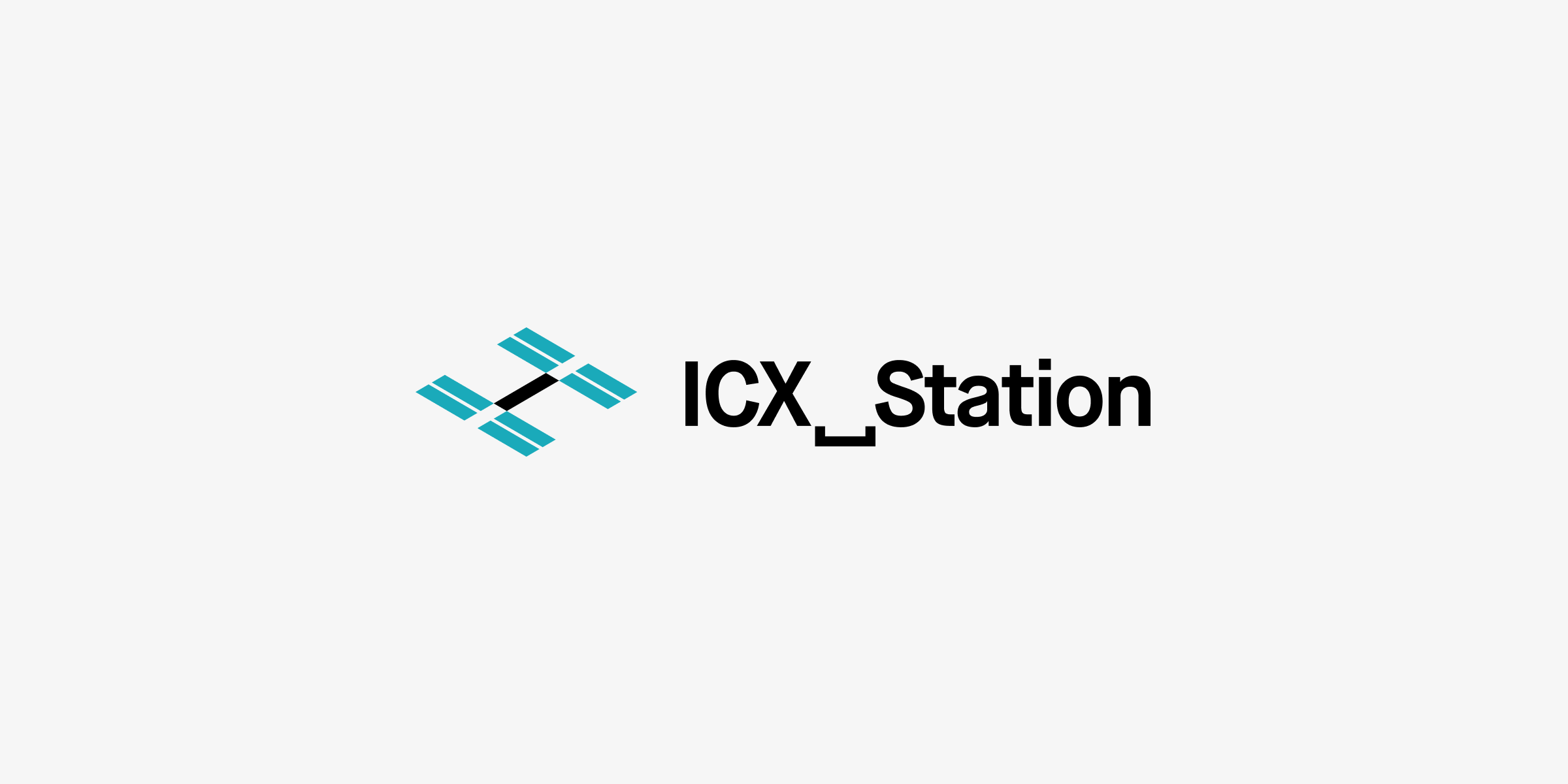 My typical goals for a landing page are to:

I think I was able to fulfill the latter two goals, but I didn't have control over the hero tagline—the client did. Their reasoning for implementing a tagline that doesn't necessarily work for every visitor is that "people who are visiting the site will already know what ICX Station is", which I must confess is the antithesis of my design philosophy (i.e. "When you design for everyone, everyone wins", a la Xbox and OXO Good Grips). Fair enough, but just FYI when looking over these screens.

My original hero section design spreads the same shape that comprises the logo across the background in a complimentary, more earthy and organic color palette (to balance out the cold, technical look of the logo and type). But the clients really wanted to reinforce the relationship to the parent company, ICON Foundation. So everything was colored ICON blue and the ICON logo replaced the base logo parallelogram as the background graphic.

The team and partner sections use a card UI pattern, which enabled me to build some interactions on those cards without disrupting the pageflow of the landing page—the goal was to minimize friction while absorbing information on the site.

The icons used here are from the Streamline icon pack for speed, but there are a few original illustrations here and there, namely the space scene graphic in the FAQ section.

The "Apply Now" buttons take you to more internal-looking pages with solid blue nav bars at the top. ICX Station currently operates in four international cities with plans to grow. 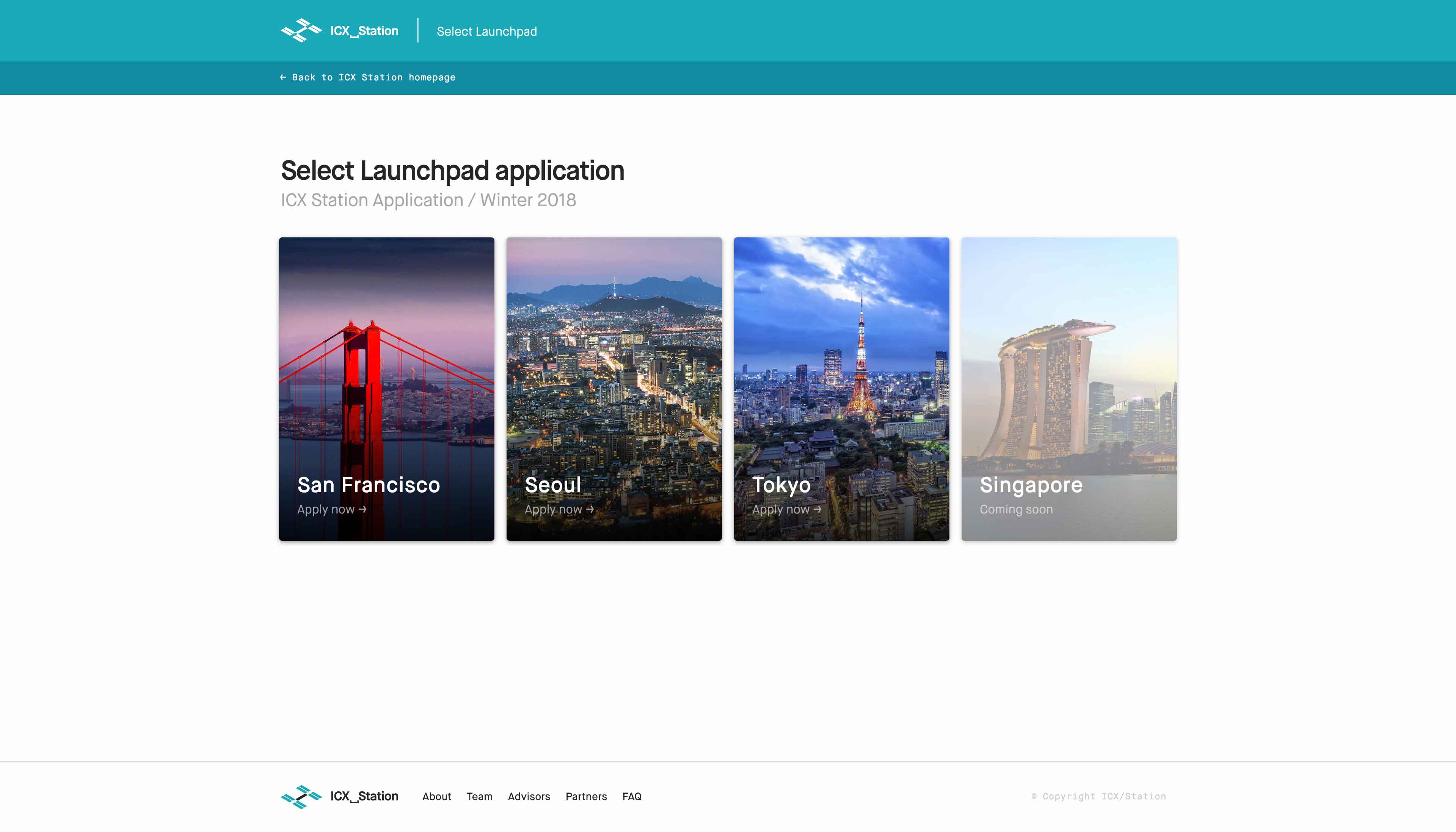 Launchpad application page — The different cities are housed in their own clickable card. 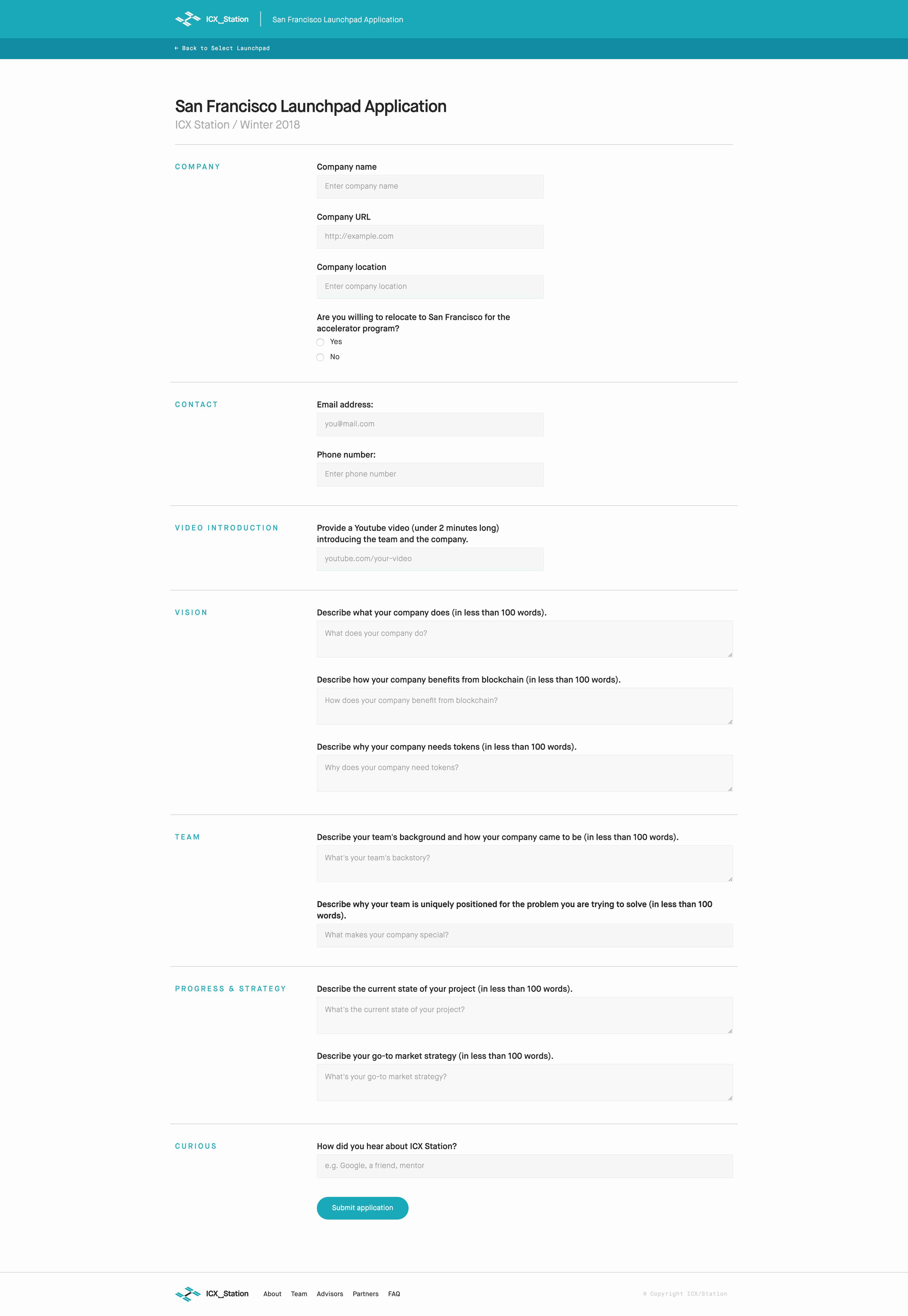 The application form page uses a single-column design, with section titles on the left.