Boxing for fitness and non-combative competition 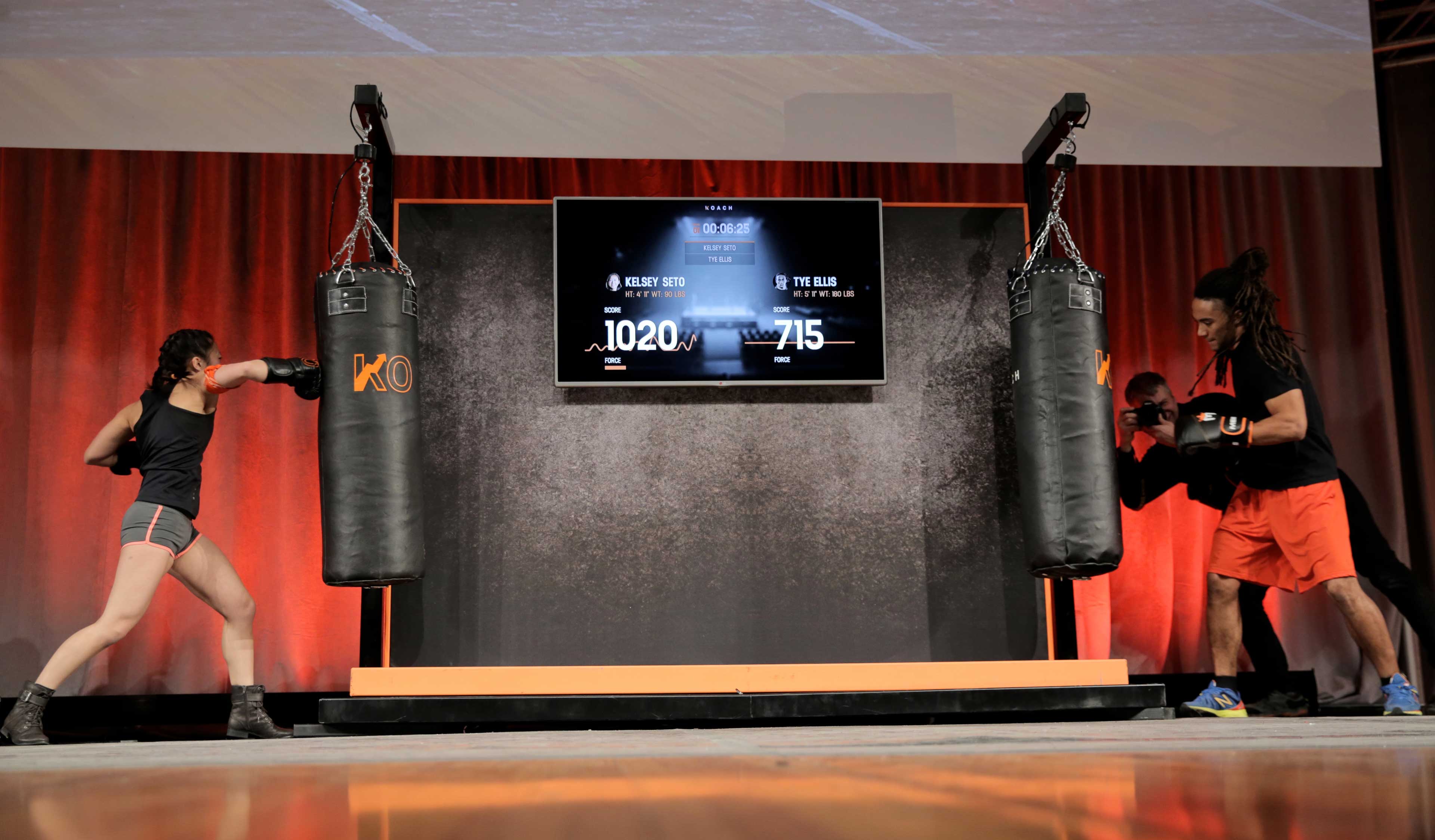 KOACH is a smart punching bag for non-combative competitive boxing for personal and group fitness. It was designed in Fall 2014 as part of MIT's mechanical engineering senior capstone class, 2.009 Product Design Development. Teams of ~20 students explore the product design process, from ideation to prototyping to launching a working alpha prototype.

As part of Orange Team, I led the Design Subteam, developing the brand/identity, industrial design of the punching bag and gloves, and the UI/UX of the product. 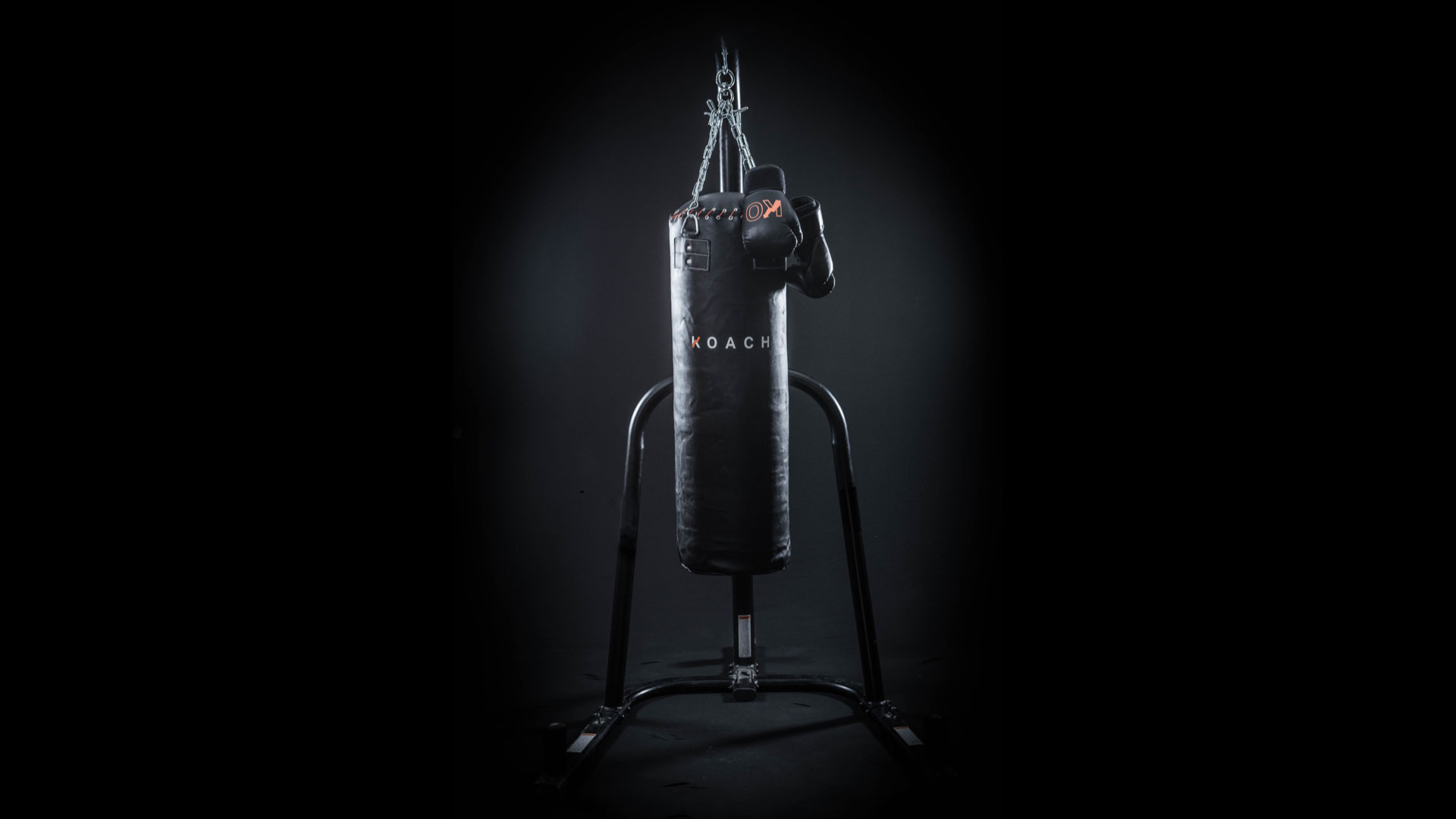 KOACH is a internet-connected heavy bag with a sensor core housing six accelerometers to detect punches and measure the force of the punches thrown.

Tracking punches on a heavy bag makes room for competition without sparring and taking the chance of getting hurt. Users in a class setting can train on their own KOACH heavy bag and track their score, based on the number and strength of the punches they threw, on the UI displayed on the classroom display.

In solo training sessions, users can access their performance data through the KOACH app, offering a new way of tracking boxing and fitness progress over time. 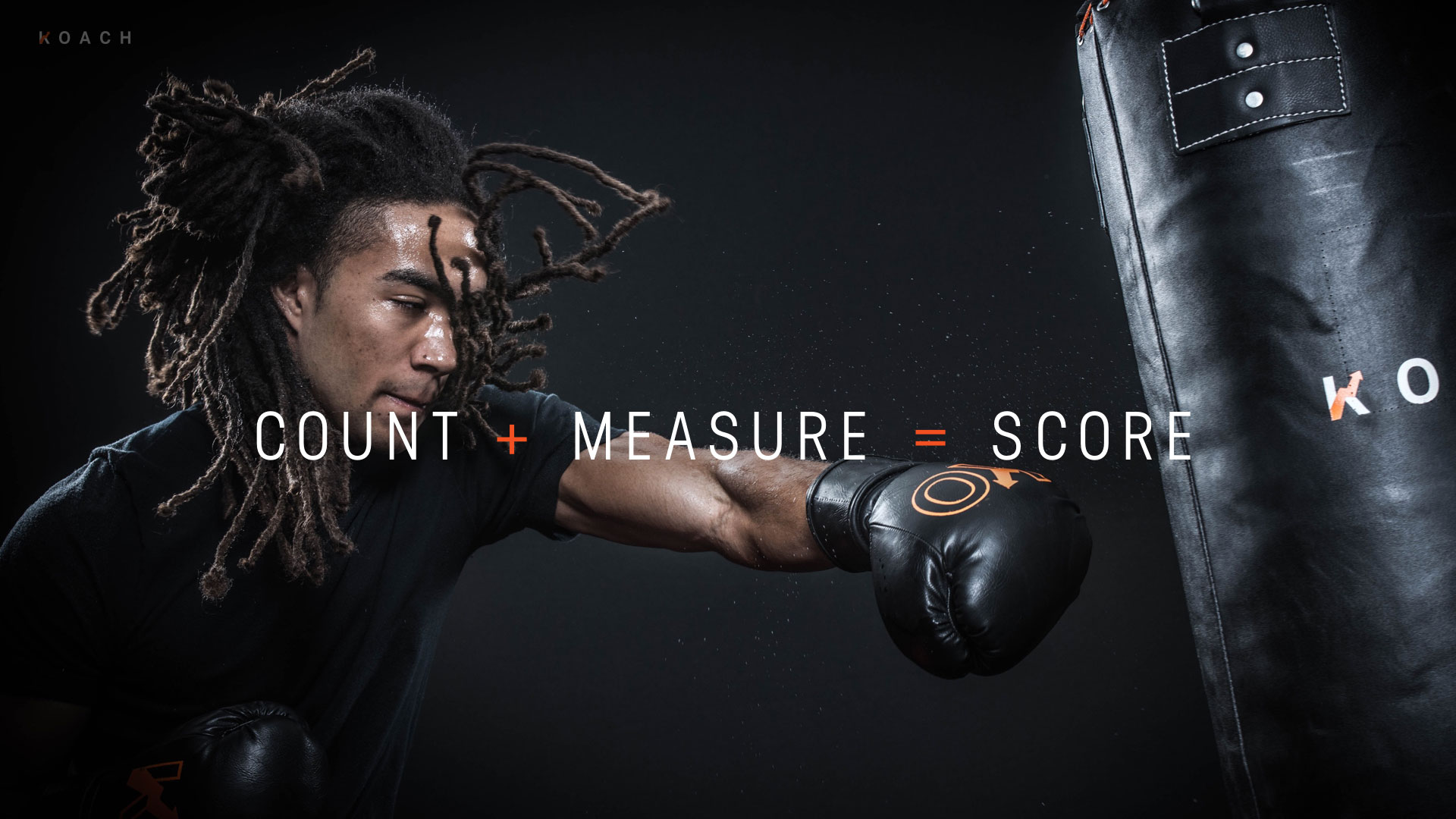 Slide from the final presentation explaining how the your score is calculated—each punch and its strength is factored into your score as you train with KOACH.

With accessibility in mind, KOACH's scoring algorithms normalize your score based on your height and weight, so you can compete head-to-head with people of different weight classes on a level playing field. 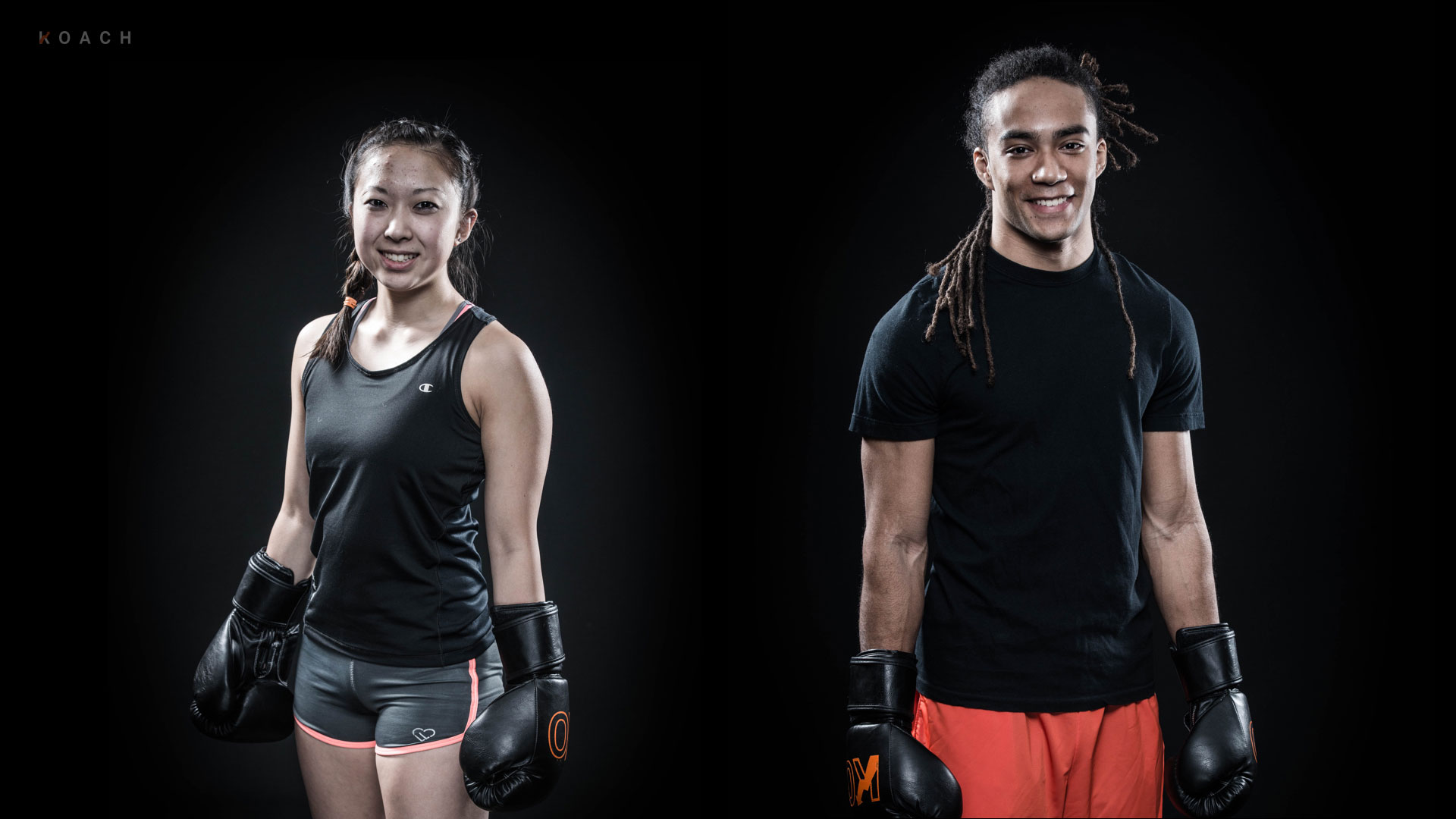 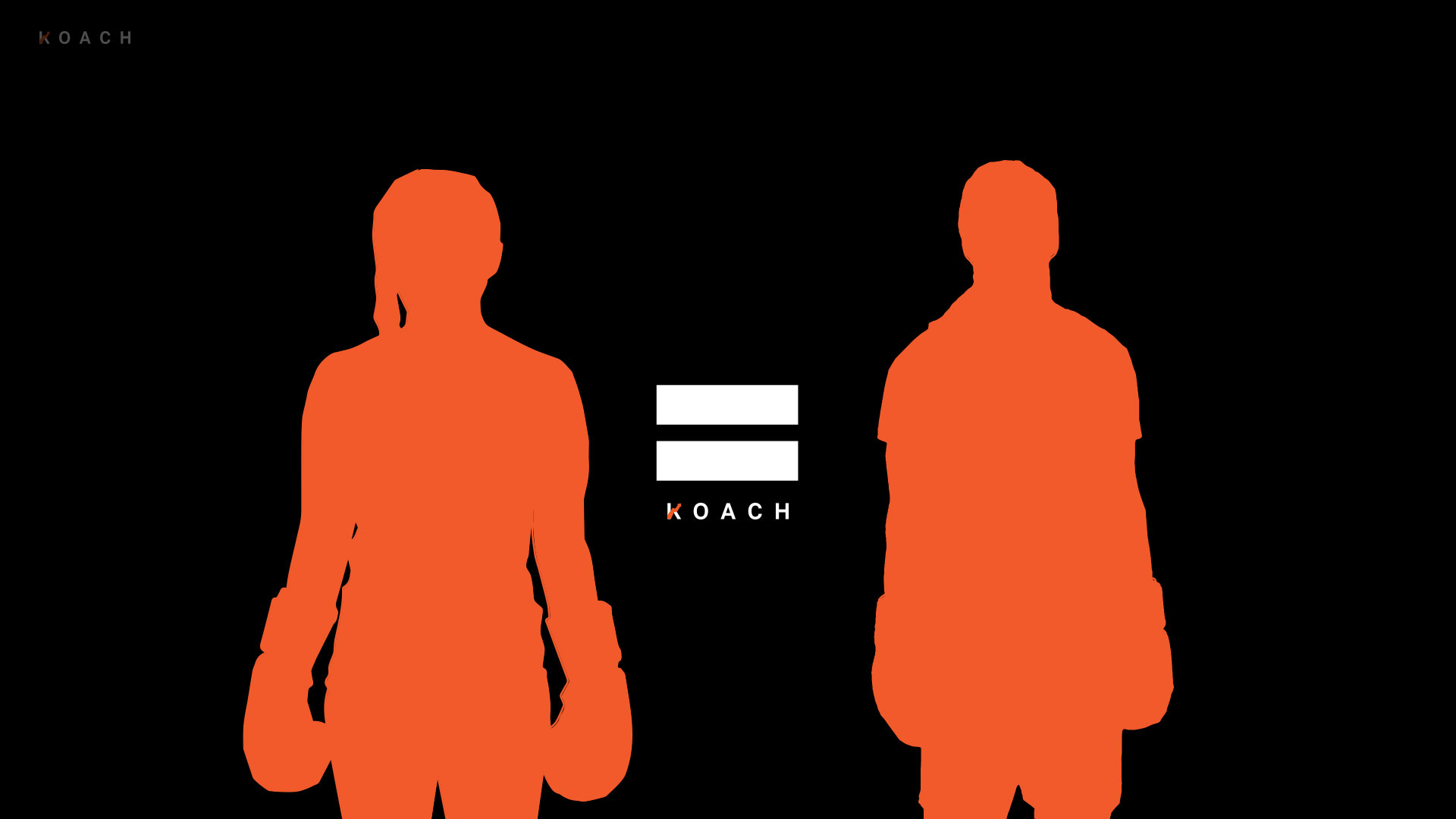 Kelsey weighs half of what Tye weighs, but with KOACH they can compete with each other as if they were in the same weight class. 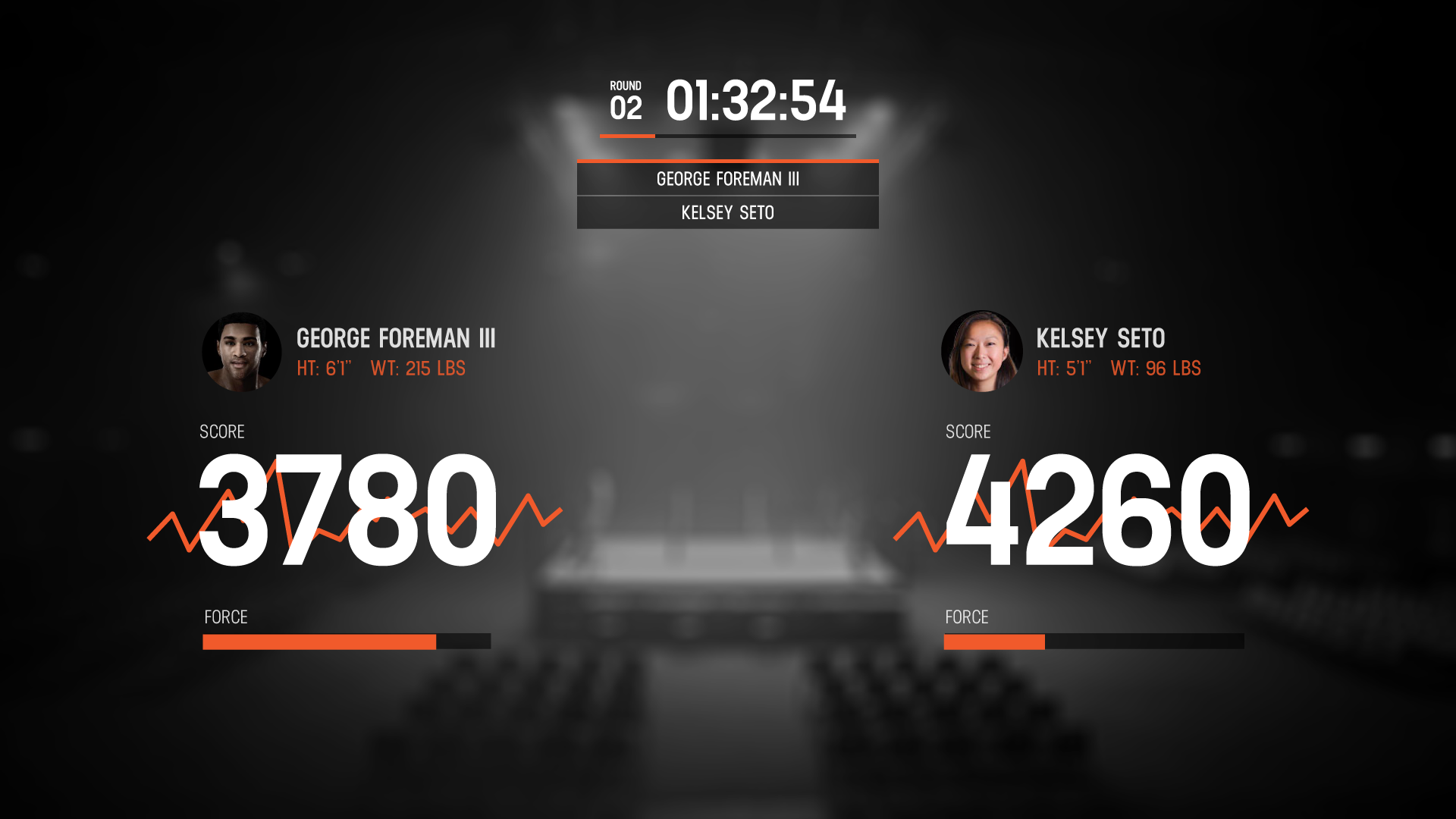 This is the head-to-head competition UI used in demos and in the final presentation. I built it as a Node-Webkit app with HTML, CSS, and Javascript. Using Node-Webkit allowed me quickly prototype a UI while having access to accelerometer data via the computer's serial ports, which is typically restricted for web-based apps.

The scores are set in large and bold type, consumable at a glance as the most relevant information for both the participants and the audience. Behind the each score is an orange sparkline graph, representing the time history of the number and strength of punches thrown by each participant. A bright orange fills a force indicator bar according to how strong a punch is thrown.

With all the live-updating elements on the screen, the experience is more dynamic for the audience and adds a layer of excitement to the match. 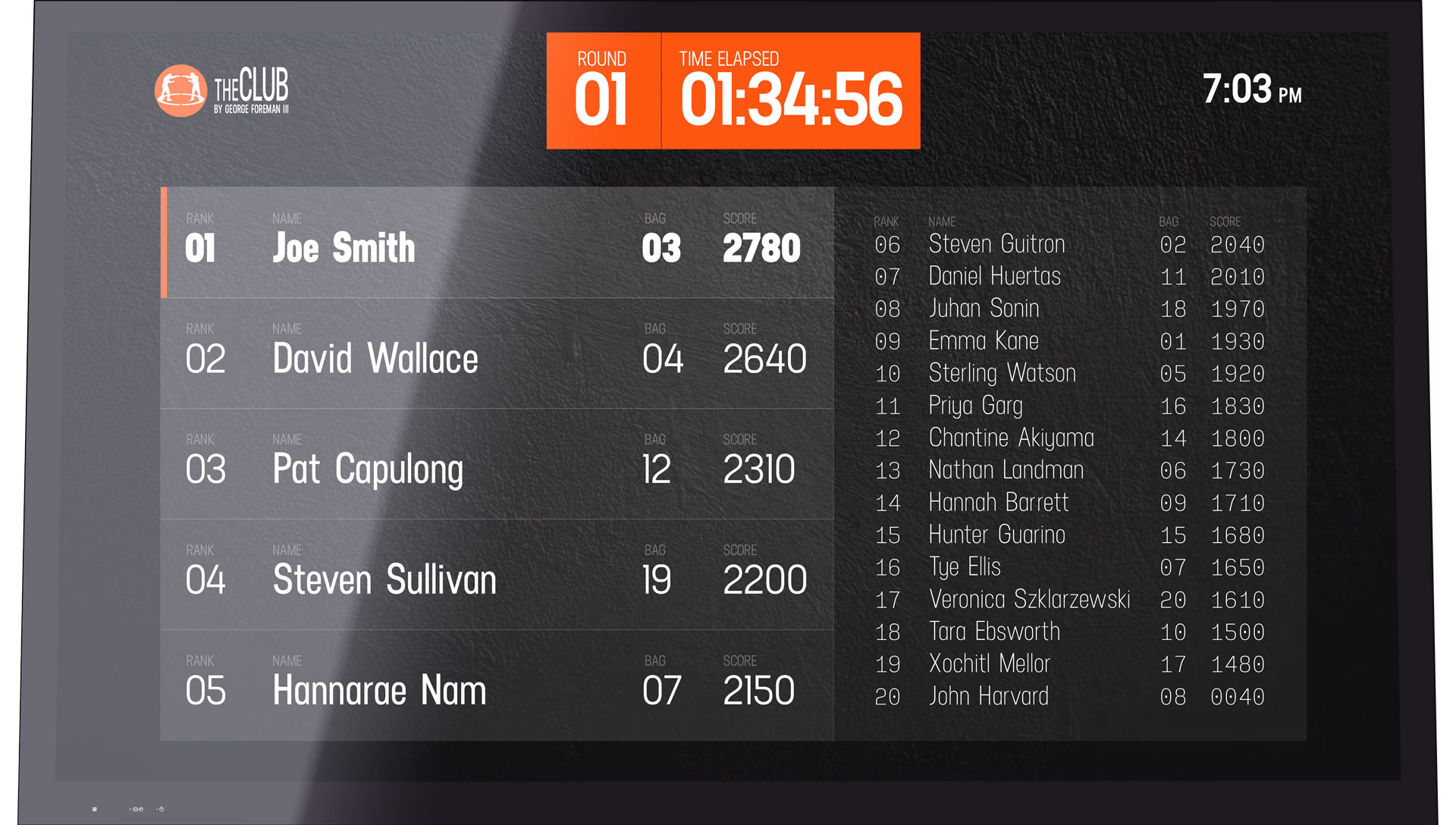 Group fitness class scoreboard UI with the top five participants in the leaderboard. Look who's in last place!

This is a mockup of the class scoreboard UI, which displays the rank and scores of each participant, similar to a spinning class. The aggressive colors, textures, and typeface are based on the brand of our first client, The Club, a boxing gym based in Boston. Shoutout to the talented Chantine Akiyama who did most of the heavy lifting for this piece, implementing the design direction I set out for the team. 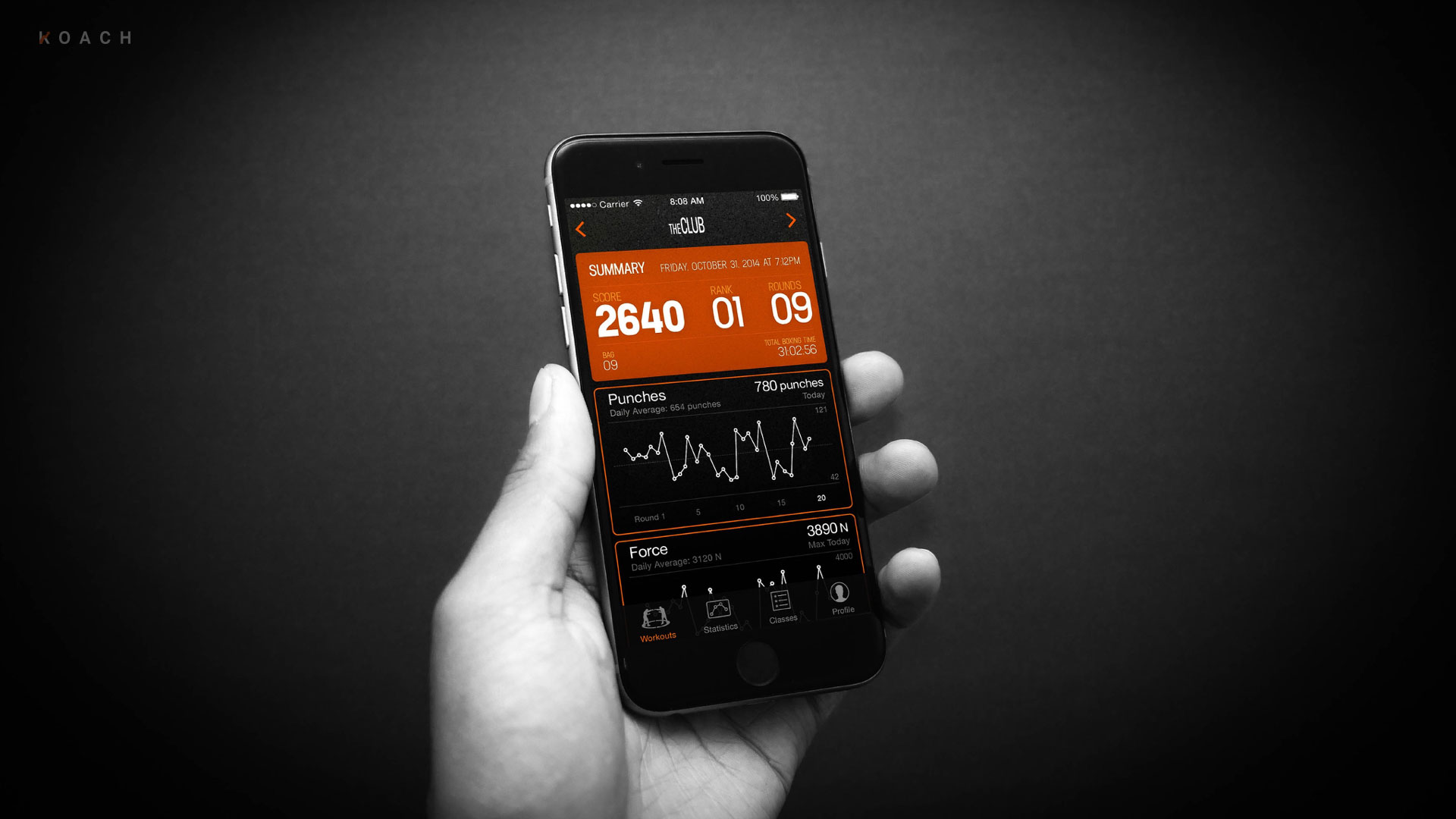 Access your KOACH training session logs with the companion app

I also designed the KOACH companion app. When you train solo, KOACH logs your session on the app. With a quantified performance of each session, you can track your progress over time and identify areas of strength or improvement (e.g. speed, strength).